DESCRIPTION
This is the summary of focus group discussion conducted by CHR Region IX with key informers in select island areas in Zamboanga City. 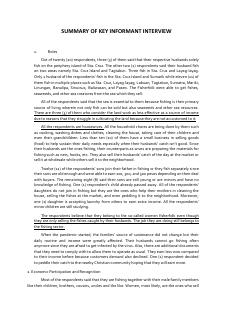