DESCRIPTION
This is a research conducted by CHR Region XI regarding the factors that constrain women from pursuing VAW cases. The study employed focus group discussions with government service providers and key informant interviews with community women. 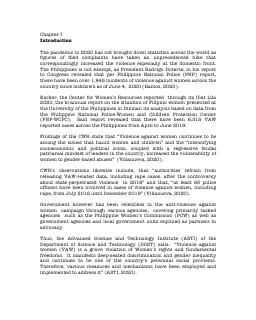