DESCRIPTION
This is a documentation report on the focus group discussion conducted by CHR Region XI with community women and government service providers in Zamboanga City. 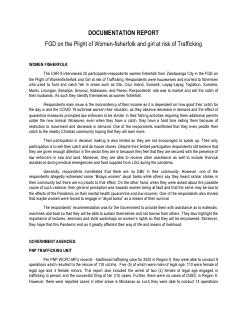